I'm a practicing entertainment/technology attorney and a contributing editor at The Hollywood Reporter, where I cover entertainment labor, legal and other matters. I also freelance, and blog on The Huffington Post – opinion pieces and gadget reviews. More at jhandel.com/bio.

In connection with signed admissions, lawyers Jeff Herman of Florida and Mark Gallagher of Hawaii paid what Ancier’s representatives described as a “seven-figure” settlement to the two men, whom the lawyers now admit were wrongly accused. Both lawyers also apologized for the damage done by the lawsuits, which Herman had announced at a standing-room only press conference in Los Angeles featuring Egan and Egan’s tearful mother, Bonnie Mound.
The Hollywood Reporter Link to Story

Maybe, but navigating the jungles of double derivative actions and the business judgment rule will be tough — and not just in the U.S. Six class action lawsuits were filed against Sony Pictures Entertainment last week on behalf of employees and former employees whose personal data was breached by hackers linked by the U.S. government to North Korea, but they’re not the only ones potentially aggrieved.
The Hollywood Reporter Link to Story

Exuberant but not refined, most portable Bluetooth speakers look like they're designed for jocks, juveniles or jokers, with gentlemen left in the lurch. However, the aptly named Esquire Mini by Harman/Kardon fills that gap. If you ride polo ponies, look great in a tux, prepped at Andover and summer in Oyster Bay, then this is the speaker for you.
The Huffington Post Link to Story

Actors often complain about late residuals checks, although SAG-AFTRA has cut processing delays lately. But few stories compare to the battle waged by Alex Doe (whose name has been changed by THR), a voice actor who was diagnosed with cancer in 2012 and endured a 3½-year residuals runaround from Warner Bros. and SAG-AFTRA that threatened Doe's health insurance.
The Hollywood Reporter Link to Story

Making for the exit

Poli-tech firms are waiting on a lucrative, Silicon Valley-style exit that could change the industry forever. Silicon Valley and Washington have both been a draw for this generation of Americans. The young and aspirational flock to the District or Palo Alto, because they want to be involved in change, either to industries or people’s lives or the country or, for the truly ambitious, the world.
Campaigns & Elections Magazine Link to Story

For almost a decade, proponents of a SAG/AFTRA merger have been haunted by the long shadow of a confidential study that opponents say proves that merging the unions would undermine SAG members’ pension and health benefits. Observers and activists generally feel that the study caused the defeat of a 2003 merger attempt that failed by 2 percent, and it remains very much in play.
The Hollywood Reporter Link to Story

2030 May Be The Year They'll Take Your Driver's License Away

I was stuck in traffic yesterday, which I didn't really mind because I have a fun little yellow convertible, and I was thinking about Uber ($17 billion! - that's the company's valuation, not the price of a ride) and Google's driverless cars (development cost unknown), and I decided it was time to connect the dots: once a car learns to drive, there's no need to own it and there's no need for a driver.
The Huffington Post Link to Story

The analysis also illustrates how the fate of the health plan is tied to that of the pension plan, and suggests several reasons why the health plan has had to make a stunning number of cuts over the last several years – far more than the AFTRA plan has. There may be more bad news to come: buried in an annual federal filing is a sentence speaking of the need for “future increases in the collectively bargained contribution rates and changes to benefit and eligibility levels.”.
The Hollywood Reporter Link to Story

'Deconstructing Gravity' Gives an Inside Look at Oscar-Winning VFX Technologies

An Academy panel provided a look at the unusual processes and technology that made the Alfonso Cuaron film possible. The Oscar-winning hit Gravity was back on the big screen Monday night at the DGA – or, at least, portions of it were, in the form of a variety of finished and behind-the-scenes clips as part of an Academy of Motion Picture Arts and Sciences panel.
The Hollywood Reporter Link to Story

If the directors cut the right deal, it could save Hollywood from civil war. The studios and the Directors Guild started talking Saturday -- the day before the Golden Globes' televised implosion into a hurried news conference -- and some people think an agreement is imminent, if for no other reason than the hope that the Oscars can be saved from a similar fate.
The Los Angeles Times Link to Story

'Moral Panics and the Copyright Wars' by William Patry

The Google lawyer takes on established notions of copyright in what is ultimately a discordant and jumbled set of arguments. Illegal file sharing is killing the entertainment industry -- at least, that's the received wisdom. Others disagree, favor legalization or even argue that the activity is legal already.
The Los Angeles Times Link to Story

Why the film biz still has far to go

With the SAG contract ratified, will the film business finally get back to normal? Unfortunately, no. Although we’ll see a brief spike in production, the business we once knew may never reappear in its previous form. Labor unrest: It’s not going to end. The 2011 negotiations start within 18 months, a scant period of relative peace, then it’s off to the races again.
Variety Link to Story
View More Stories

I practice transactional enter­tainment and technology law at TroyGould in Los Angeles and independently, and am a contributing editor for The Hollywood Reporter. I'm also a former computer scientist.

I'm the author of several books, including The New Zealand Hobbit Crisis, which tells the story of an attempt to unionize actors on The Hobbit; and Hollywood on Strike!, which chronicles and analyzes the Hollywood writers strike of 2007-2008 and the ensuing Screen Actors Guild stalemate that lasted through mid-2009.

I'm an adjunct professor at USC and Southwestern law schools and am a member of the Television Academy (the group that awards the primetime Emmys), and was named by the Daily Journal as one of the top 100 lawyers in California in 2008.

Prior to law school, I worked in the computer industry and was involved in local politics. I've appeared over 800 times as a commentator on entertainment and technology legal issues on/in international, national and local television, radio, print and online media. 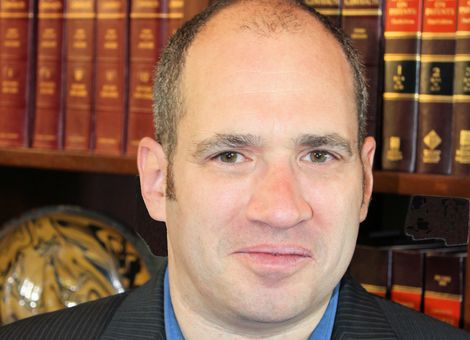